Heavy rain and risk of flooding

(Last updated: 3:00pm 18/02/20) Rainfall from storm Dennis has caused localised flooding. Find out about the ongoing situation and steps you can take to prepare for flooding in your area.

Visit Shrewsbury Castle and see one of the best-preserved Conquest-period, shire-town earthwork castles in England. Despite being so well preserved, Shrewsbury Castle is one of the least well known. To date, no excavation has ever taken place within its current space. This is about to change. 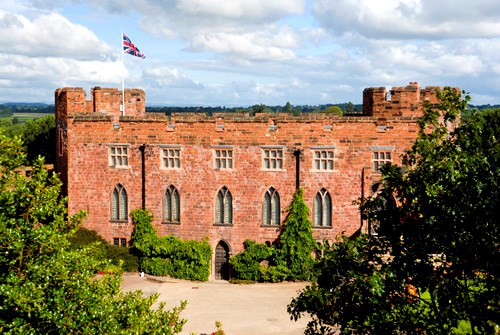 From Monday 22 July – Friday 2 August 2019, a section of the inner bailey will be excavated. The excavation will be led by experienced archaeologists Dr Nigel Baker and David Williams, and supported by a team of staff and volunteers from University Centre Shrewsbury and Shrewsbury Museum & Art Gallery.

The excavation is part of a wider archaeology project funded by the Castle Studies Trust to help us better understand the history of Shrewsbury Castle and the stories it holds within its undiscovered archaeology.

Shrewsbury Castle will be open for the majority of the excavation (closed Thursday 1 August) for you to visit and learn more about the excavation and the castle itself from the archaeologists.

If you’re looking for things to do on Saturday 27 and Sunday 28 July 2019, visit Shrewsbury Castle for the excavation open days.

But what can you do?

What do we know about Shrewsbury Castle so far?

Shrewsbury Castle consists of a motte and a small inner bailey defined by well-preserved ramparts surmounted by later curtain walls and with a hall or chamber block and twin circular towers cut into the northwest rampart in the 13th Century. The limits of the former outer bailey, which disappeared through commercial colonisation in the course of the 13th Century, can be accurately reconstructed. The castle is first referred to by Orderic Vitalis, writing in the early 12th Century, who gives an account of its siege in the rebellion of 1069, describing it as the praesidium regis, usually translated as ‘royal stronghold’. There are indications of pre-Conquest activity on the site, timbers C14-dated to c.1030 having been recorded on the site of the main gate on the town side of the outer bailey.

In the 12th Century the castle served as a campaign base and a centre of royal government. Expenditure on it was constant from the 1160s into the next century, the hall and its drum towers being built c.1240.

The Edwardian conquest of Wales at the end of the 13th Century made the castle’s role as a campaign base increasingly superfluous, and by 1336 it was reported to be seriously out of repair. By the end of the 14th Century it was said to be ruinous though, through the 15th Century, it continued to accommodate a shire court and an increasingly insecure gaol.

The Burghley Map of c.1575 shows within its walls only the unroofed hall, a second ruined building (possibly the chapel), and one intact structure. The hall was later re-roofed for use by the Council of the Welsh Marches, subsequently becoming the residence of the town’s MP, for whom the buildings and walls were restored by Thomas Telford.

Shrewsbury Castle is unusually well preserved because it escaped rebuilding, not having become a late medieval aristocratic residence (as at Warwick), nor a centre of early modern shire government and justice (as, for example, at Chester, Gloucester or Lancaster), nor being abandoned to be quarried (as at Hereford or Worcester) or built over by the town (as at Bristol or Stafford).

While there has been some excavation within the former outer bailey, archaeological research within the current monument has been restricted to an architectural and earthwork survey for a conservation management plan of 1999, a number of very small-scale watching-briefs on service trenches, and a geophysical survey by Stratascan (2000) which, using resistivity with ground-penetrating radar in selected areas, identified an overall depth of deposit of c. 1.9m and the presence of dense, but incoherent, building remains close to the surface in the inner bailey.

The standing ‘great hall’ of c.1240 is just that – a single building with one (much altered) fireplace and chambers in the towers at each end. Every other facility to be expected of a royal castle (kitchens and services, further chambers, latrines, chapel, guest accommodation) is missing, presumed accommodated in other buildings within the inner bailey which had gone by c.1600.

Just how such buildings were planned – for example, in a courtyard arrangement based on the hall, or annular, around the bailey enclosure – is unknown. So too is their scale, density, chronology and development. Were inner-bailey domestic ranges rebuilt in stone in the course of the 13th Century? While it is unlikely that any of the 51 tenement plots recorded by Domesday as having been made waste for the castle lie within the inner bailey, it is highly probable that some kind of pre-Conquest activity (see above) will have taken place on the core of the castle site.

"We know that the castle we see today is just a portion of what existed on that site nine centuries ago,” explained Dr Tim Jenkins, Head of Arts and Humanities, University Centre Shrewsbury. “After many years of wondering, planning and paperwork, we finally get the opportunity to get our hands dirty and discover what stories, if any, are hidden beneath the earth of Shrewsbury Castle.”

Dr Jenkins and his colleague Dr Morn Capper, Lecturer of History and Heritage, University Centre Shrewsbury, will be on site to assist with the dig and help support planning for long term preservation and sustainability at the castle as well as to provide academic expertise.  A team of hardworking volunteers will include four students from the University Centre of Shrewsbury, who will join the experienced team of volunteers recruited by Dr Nigel Baker.

The dig will provide students with a rare opportunity to train with him on a live archaeological site. The students will study how the archaeologists and heritage experts have planned for the excavation and how they used desk-based research to choose the location for the excavation. When the excavation is active, they will receive training and work alongside more experienced volunteers to follow archaeological standards and procedures. They will also learn how to record features and to record and care for objects that they uncover, helping to communicate these discoveries to the public through displays and social media. The students will experience first-hand the hard work, diligence and patience required on an archaeological excavation and how this new knowledge will help look after Shrewsbury Castle for the future.

“What better way to learn that history is a living and vibrant part of our landscape!” said Dr Capper. “To take part in the first archaeological excavation at Shrewsbury Castle and to help make this important heritage site sustainable for the future is a unique opportunity for our students.”

The public are invited to observe the excavation which will be cordoned off for safety reasons. The Open Days on Saturday 27 and Sunday 28 July 2019 will allow curious locals to attend free guided tours of the castle, as well as speak to archaeologists and volunteers on site.