The construction of the school running track at Criftins CE Primary School has been completed and is already being used... We just have the markings to put down now, which will completed at the same time as refreshing the carriageway markings adjacent to the school and the Cockshutt CE Primary School running track markings. The recycled road planings that were used to construct this track came from the B4499 Hogstow Bank carriageway resurfacing scheme just south of Minsterley. The construction of the school running track at Cockshutt CE Primary School is currently underway. This is a much larger track than Criftins, and the construction is going very well. It's anticipated that the track will be completed week commencing 21 January.

The recycled road planings that were used to construct this track came from the A53 Stanton to Hine Heath carriageway resurfacing scheme, just north of Shawbury. Cockshutt CE Primary School’s running track was completed on 25 January 2019. The construction took approximately three weeks and was undertaken by Kier Highways, with the tarmac surface installed by Tarmac Ltd. The project was overseen by global civil engineering consultants, WSP. The track is approximately 315m long with 630m of timber edging and 420 timber pegs used. 150 tonnes of recycled road materials were used for the construction of the track, which came from the A53 Hine Heath carriageway resurfacing scheme, situated 4km north of Shawbury.

The running track follows the perimeter of the existing playing field and links to the playground to allow all-weather access from the school to the forest school and key maintenance access points. The track was finished with markings that indicated the number of laps required to complete both a mile and a kilometre. A mini-roundabout has been added to the track which replicates a mini-roundabout on the A528 at the front of the school. This was included as a teaching aid as part of the Cyclability group to teach children about cycling safely on the roads. The track markings were installed free of charge by L&R Roadlines.

Below are the before and after aerial photographs of Cockshutt CE Primary School taken by Skylens Ariel Photography (A Shropshire Company). 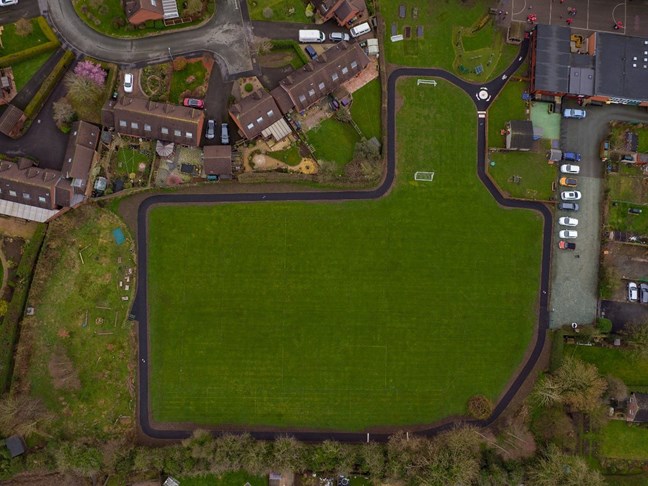 Kinnerley CE Primary School’s running track was completed during the week commencing 18 February 2019. This track was approximately 235m long and used 500m of sustainably sourced timber edgings and 400 timber pegs. The track contained over 110 tonnes of recycled carriageway material which again came from the A53 Hine Heath resurfacing scheme. The track is now fully operational and is being used daily by the pupils. See below for before and after aerial photographs, again provided by Skylens Aerial Photography: 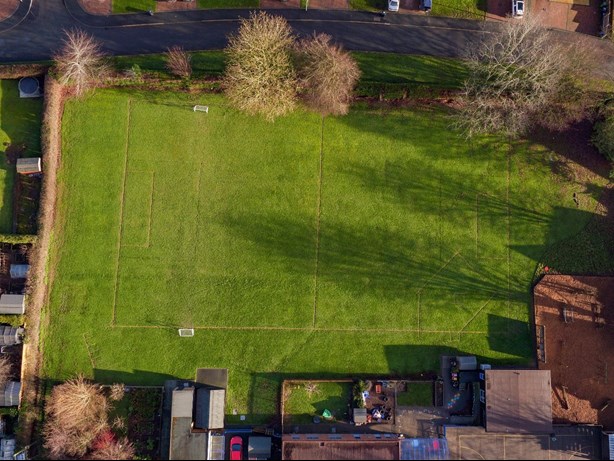 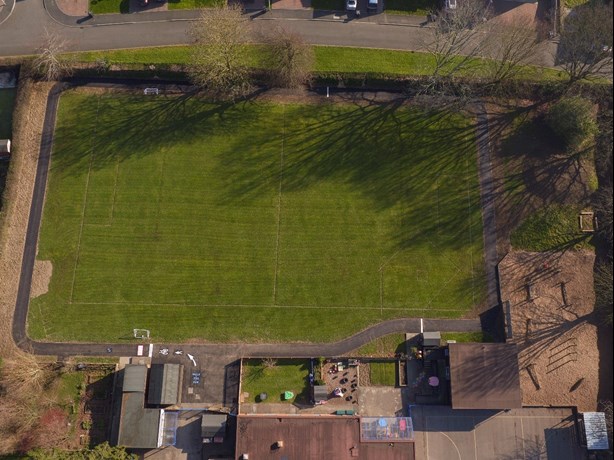 Kier Highways began the construction of Harlescott Junior School’s running track the week commencing 18 February 2019. This track is the largest in the programme at 420m. The track is due to be surfaced by Tarmac Ltd on 13 March 2019 and L&R Roadlines will attend the site week commencing 18 March 2019 to complete the track markings, with a visit from Skylens Aerial Photography planned later that week to take photographs.

Emma talks about the project to date: "The start of this programme has been challenging due to undertaking construction on greenfield sites in the middle of the winter. This has resulted in some slippage in the programme. As can be seen from the photographs, the sites have been completed to a high standard with minimal damage to the existing playing fields. This is a great credit to Kier’s construction team, who have taken additional time and care to ensure this. As we advance into spring the weather will hopefully improve, and outputs should increase. In addition we'll be revisiting the completed sites to ensure that we seed any bare soil, something which couldn't be done initially due to the low temperatures.

This is an excellent example of collaborative working, with six local companies working together using recycled and sustainable methods to deliver high quality schemes at minimal value with no additional costs attributable to the schools themselves, delivering massive benefits for the school children of Shropshire."

Harlescott Junior School running track was completed earlier this week. The track is 451m long and was completed on time. This is the largest track in the programme and the children have been very excited to use it for the first time. Before and after images: Clive Wright, Shropshire Council’s chief executive, visited Christ Church CE Primary on 11 April to help the contractors with the construction of the track. Every year Clive setts council staff a charitable target to achieve for Comic Relief. If the staff hit the target Clive volunteers some of his valuable time with hands-on work at a suitable location. This year Clive chose to help out on the construction of the running track at Christ Church CE Primary school. Clive had a great afternoon and helped with laying the timber edgings, laying the sub-base and causing havoc on the diggers! The children of Christ Church CE Primary school got their hands dirty too and enjoyed the time they had with Clive.

The track at Christ Church Primary School was completed on 19 April. Included in the construction was a new disability ramp that linked the track (and playing field) to the school's main hall. This provides improved access for mobility-impaired children and parents to access more of the school grounds. The track was constructed using materials from a highway maintenance scheme on the A458 through Cressage, only 200m away from the school.