Critical Mass 2022 and the Darwin Dancers

In September 2021 a call went out for young people in the West Midlands, aged 16-30, to join a new inclusive dance collective, to be known as Critical Mass.  It was an ambitious and ground-breaking project, bringing nearly 300 disabled and non-disabled young people together to perform at big events such as the Birmingham 2022 Commonwealth Games Opening and Closing Ceremonies. 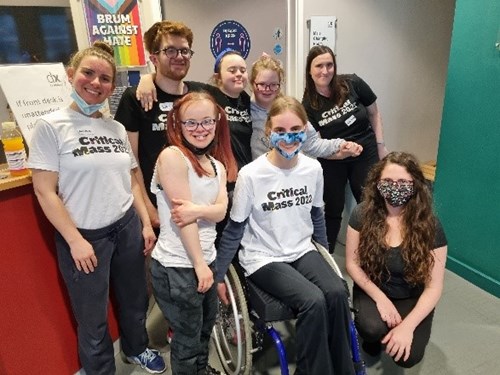 Six young disabled dancers from Shropshire have joined Critical Mass, they are Beth Gardiner, Eleanor Rowley, Cari Glover, Elizabeth Knox, Ellie Taylor and Owen Thomas and they have called themselves the Darwin Dancers. Rehearsals have been weekly in Shrewsbury, along with weekend sessions in Birmingham, to come together with other members of the company.  Rehearsals in Birmingham started with small groups meeting at the Hippodrome dance studios and then moved to one of the huge exhibition halls at the National Exhibition Centre, so that the whole company could come together.  The team at Critical Mass have worked hard to support the young people and to ensure that the way things have been done works for everyone. It has been a learning process for everyone, and the support and experience provided by Shropshire Inclusive Dance has been essential.

It has been a huge commitment for the families as well as the young people, and the parent carers of the young people have formed their own team too.  As everyone got to know each other it was decided that the best way forward was to create a rota to share the workload.  The project employed a support worker to work alongside the dancers during rehearsals and performances and the parent carers provided additional support during the journeys to Birmingham, lunch breaks etc.  Creating a support rota for the parent carers meant that the commitment was manageable and provided an element of short breaks for families too.  It has also helped the young people to gain a sense of independence away from family members and to grow in confidence. 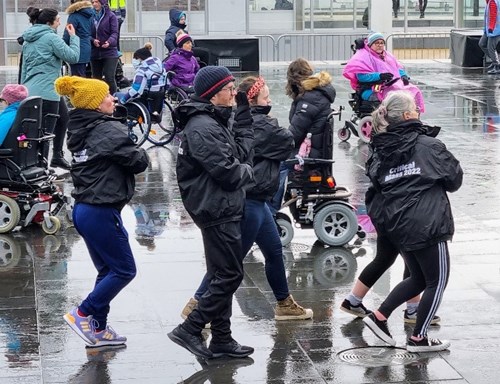 The first performance for Critical Mass was during the opening of Birmingham 2022 festival, presenting ‘Wondrous Stories’ a spectacular open-air show in Centenary Square in the middle of Birmingham City centre 17th – 20th March. It features a number of professional dancers performing alongside Critical Mass and other dance groups. Following this Darwin Dancers and Critical Mass will start preparations for the Commonwealth Games opening and closing ceremonies.

This has been a great experience for the young people participating in it so far. It has provided a fun and exciting way to gain new skills and confidence, all of which will be important for their adult life. They have learnt to work as part of a team, coped with new places, made new friends and understood what it means to be committed to something over a significant period of time, not to mention the benefits they will gain from being more active.  If you would like to find out more about Critical Mass visit https://criticalmass22.org.uk 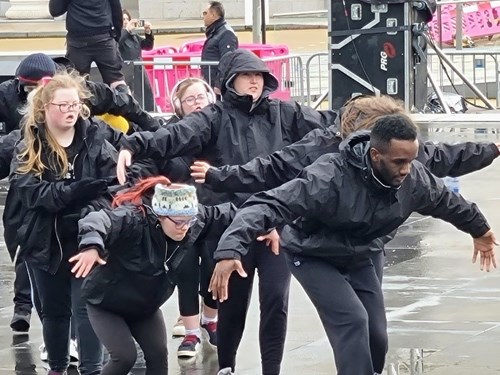 “Cari has grown in confidence and resilience since starting Critical Mass.  Her self-esteem has increased and she has great pride in what she is doing.  She has learnt to work in a small team, with the ability to transfer those skills to a large team. She feels part of something very special.”

“Eleanor has enjoyed being part of a team and meeting new people. Critical Mass has given her the opportunity to dance in a show and feel proud of herself.  It has been a fantastic experience.”

“Beth has so enjoyed this opportunity. Dance provides self expression and self confidence that is such a valuable live experience and something that she will always remember.”

“The experience has really build Lizzie’s independence.  Working with new people and travelling away from home, with people she really didn’t know before the project, has been good for her.  She has more confidence and resilience.” 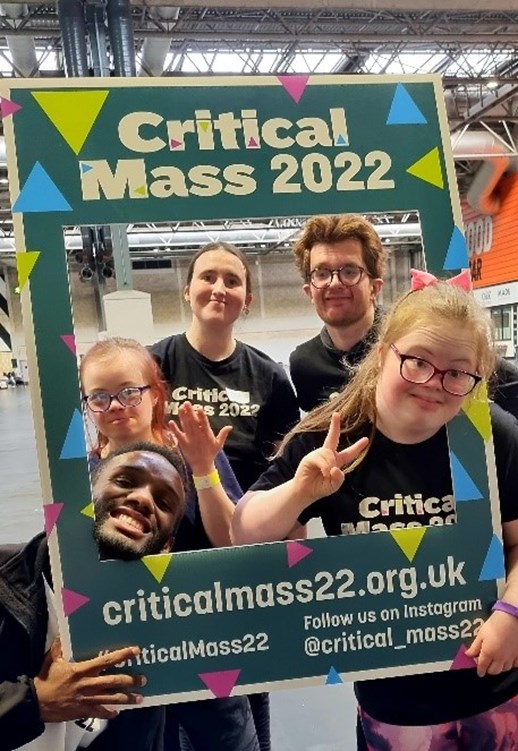